Learning Arabic letters Is easy, I will help You to learn everything there is to know about the reading and writing of the Arabic language, by the end you’ll be ready to dive into the world of Arabic literature, make your way through Arabian cities and really accelerate your Arabic study ready to start .

Let’s go the Arabic alphabet contains 28 letters and their variations seeing them laid out like this might seem intimidating but the trick is to take it step by step letter by letter don’t worry about how hard it looks now just stick with me and in a few short Articles you see how easy it.

Arabic is largely phonetic this means words are pronounced exactly like they’re written also most Arabic fans have counterparts in English, we use the similarity to English to tackle the Arabic writing system.

let’s separate the letters into two types, the first type are the Arabic letters that have English counterparts, and the second type are those that don’t in this lesson, we learn two letters needed to write the pronoun I in Arabic both of them belong to the first type so expects them to be really easy to pronounce ready let’s begin!

Nice time for the next letter not quite you just saw the isolated version of Aleph, however Arabic is the cursive language that means every letter in a word connects to the letter before or after it so every time.

I introduce a new Arabic letter in this series, I’ll also show you how it’s written in all its possible positions let’s get to know the different possible positions for a letter in Arabic it’s always one of four isolated initial medial or final let’s look at each of them.

We learned today happens to be one of those exceptions. that means we only have to learn two forms isolated, and final you already learn the isolated version. so, you just need to learn the final version let’s write it Alif.

Let’s see how to write the Arabic letters

Now we will learn the final letter needed to write the word I in Arabic, that’s noon the noon is pronounced just like the English n pretty easy right it basically, looks like a semi-circle with a dot on top.

Remember that this is the isolated form let’s write it noon you got lucky with your first letter but no one requires that you learn all four when noon appears at the beginning of a word the medial form for, when it appears in the middle of a word and the final form for when it’s at the end now try to write all three noon.

Now we’ve already learned two letters of the Arabic alphabet I think you’re ready to learn your first Arabic word the word you learn to write today is at the beginning of the word the second and the third letters moon and Aleph are connected.

You may have noticed that the Alif at the beginning has a little mark on the top when an F is at the beginning of the word, we add the smart to it but it’s still the Aleph sound there’s an exception to this rule but you can read about it in the lesson notes and we’ll talk more about this mark in a later lesson so don’t worry too much now try to write it to yourself Anna.

language else that’s why they called the Arabic language the language of Bob looks at a dog dog and pause oh I mean another group one two three fake as an F in English faith as an F in English her sister cough cough cough non-arabs DC kakakaka wrong it’s a taco the car brings it from the beginning of the fraud half the we have the third one here name is calf this cough and he kept so close to each other so you have seen careful not cough fake off calf win lamb another one meme another one noon lamb as an L mean as an M known as an N and the last one is going to go all way further to the end to say one two three four hey I want to come back this head and this ha throaty hey from the heart he after he Wow hey Wow and the last little is yay, we finish alphabet 28 letters I will come back to add 2 letters we consider them not mere letters but they are very important we’ll come back to see them be T say Jim ha ha del Del Rey Zhen Xin Xin saw Bob. 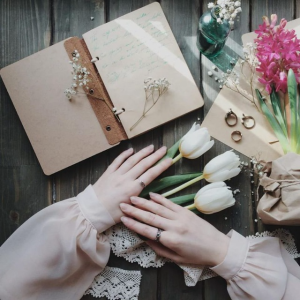